Trustpilot
The UK is preparing for NO DEAL BREXIT . All EU nationals in the UK must apply for settlement in the UK. - EuroWin Solutions

The UK is preparing for NO DEAL BREXIT . All EU nationals in the UK must apply for settlement in the UK.

The crisis generated by COVID-19 has somehow diverted the public attention from Brexit. The United Kingdom left the EU on 31 January, but will remain a member of the EU until at least 31 December 2020 when the current Article 50 extension expires. The fourth round of Brexit negotiations between the UK and the European Union, which included four days of discussion via video link due to the ongoing coronavirus pandemic, came to a close on Friday (5 June). The outcome of the negotiations it was not a positive one.

EU chief negotiator Michel Barnier said “there has been no significant progress in the talks” and he added: “We cannot go on like this forever.

Taking in consideration the outcome of the most recent negotiations a  NO-deal Brexit seems imminent. As evidence , the Bank of England governor has told banks to bolster their preparations for a NO-deal.

What prevents the two parties from reaching an agreement?

Both sides are seeking a free-trade agreement with zero tariffs and zero quotas, but the EU has insisted that any trade deal must include the UK signing up to a “level playing field” with the bloc’s rules and standards. The UK has said this is unacceptable and doing so could undermine the country’s independence.

Britain does not seem to want to compromise. There will be no extension of the transition period!

Under the UK-EU divorce agreement, Britain can request an extension of up to two years if there is no breakthrough on the terms of exiting. But prime minister Boris Johnson and the UK government has insisted that it won’t extend the transition period beyond 2020. If an extension is sought, it must be requested by 30 June.

Europeans in the UK must apply for settlement  by the end of the year.

In case of No-deal  BREXIT, the EU immigrants from the UK must apply for settlement status by 30.01.2020 the latest. Depending on their particular situation they  can get  Pre-Settled Status or Settled Status. Pre-settled status or temporary residence will get the EU nationals who lived in the UK for less then 5 years  and have exercised treaty rights in the country under the EU Immigration Act.  The EU citizens who have exercised treaty rights in the UK for a continuous period of at least 5 years will be eligible for Settled Status or permanent residence, according to the EU Immigration Law.

We provide fast and cost-effective immigration services to ensure you get the highest level of professional advice required for your UK Visa, ILR , Citizenship or EEA applications. Our qualified staff will guide you through your Immigration application process from start to finish. EuroWin Solutions  is Authorised by the Office of the Immigration Services Commissioner Reg # F201800102

As Regulated Immigration Consultants, we are not able to guarantee 100% success rate, but we are proud to say that we have given 100% personalized attention and detail to all our clients’ cases to maximize their success. We have therefore had high referral rate from our satisfied clients.

You can book in a free call to chat with one of our experts about your immigration needs .

Request a call back: 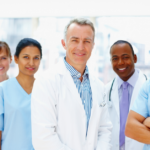 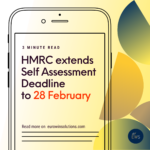 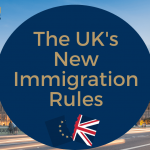 Sign up for latest news, important updates and special offers.

Start your business with

This website uses cookies to improve your experience while you navigate through the website. Out of these cookies, the cookies that are categorized as necessary are stored on your browser as they are essential for the working of basic functionalities of the website. We also use third-party cookies that help us analyze and understand how you use this website. These cookies will be stored in your browser only with your consent. You also have the option to opt-out of these cookies. But opting out of some of these cookies may have an effect on your browsing experience.
Necessary Always Enabled
Necessary cookies are absolutely essential for the website to function properly. This category only includes cookies that ensures basic functionalities and security features of the website. These cookies do not store any personal information.
Non-necessary
Any cookies that may not be particularly necessary for the website to function and is used specifically to collect user personal data via analytics, ads, other embedded contents are termed as non-necessary cookies. It is mandatory to procure user consent prior to running these cookies on your website.
SAVE & ACCEPT
Call Now Button